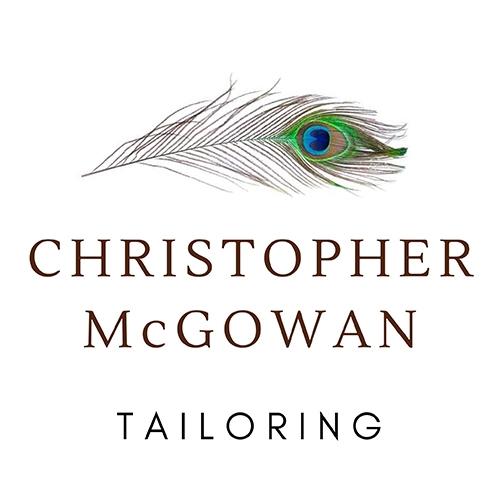 We all draw inspiration from somewhere. Whether it be celebrities, sports stars, colleagues or family members, there’s always someone you can point to for inspiration. Heroes of modern times may be people such as David Beckham, Daniel Craig or David Gandy (the devilishly handsome Dolce & Gabbana model). People who always look good, no matter how they dress and people who you can count as a reliable source on “what’s in” at the present time.

Chris’s own sources of inspiration date much further back. Chris is a huge fan of drape and proportion in clothing, and loves the style of Old England – something which became very popular in the USA from the 1920’s to the 1950’s. Chris draws a lot of inspiration from people such as Carey Grant and Gary Cooper, as well as Steve McQueen, Sean Connery and King George VI. Sure, there’s variety in the styles of these people, but many of the principles remain. Higher cut armholes for better movement, nipped in waists to enhance the chest/waist ratio and higher trouser rise to elongate the torso are evident in each. HOW each of these people wear their garments is something else chris is fond of, for example King George VI preferred a more fitted garment, closer to the chest and finding form through the waist, whereas Carey Grant often wore a more relaxed garment, favouring drape with a fuller chest being pulled in at the waist. This would have given him more difference in his proportions, enhancing the image of his upper body, whereas King George VI would have relied on his proportions being flattering enough to carry of the suit.

Another hero of the day is Fred Astaire. Chris has heard many lovely stories of Fred visiting his tailor on Savile Row in London and after trying on his latest order, he would dance around the shop to ensure he had his full range of movement in his new clothes. These stories only serve to prove that tailoring can be used for both looking smart on events, engagements, and also stage and screen. Chris believes the shop in question for Fred Astaire would have been Anderson & Sheppard. They’d make his suits with quite a natural cut and wouldn’t use much padding. This is a trait the Anderson & Sheppard still use to this day giving a softer look and allowing the wearers own body to support the hang and balance of the jacketing.

To this end, visitors to Chris’s studio can expect to find that he doesn’t favour a lot of padding on shoulders. Chris tends to use padding as a balancing aid in the event of noticeable drops in shoulder angle, which then helps balance the jacket and make the wearer look aesthetically even. It’s this natural element that lets the garments come to life when worn and they can be identified as bespoke simply because they look softer. They look like they’ve been handmade with love and with a lot of care and attention. Having said that, for clients who are looking for that razor sharp, structured and padded out style, it can be done. Chris personally feels that bespoke, handmade suits should appear as such, and not appear as though they’re straight off a production line with laser precise seams and sharp padded shoulders.

Christopher McGowan Tailoring welcomes visitors to his Edinburgh studio at 16 Young Street and his Glasgow Studio at One Devonshire Gardens. Appointments are on the basis of 1 to 1 private conversation where you’re free to browse the cloth ranges and lining choices while discussing your requirements in the presence of some of Christopher’s work. This type of closeness in working allows Christopher to gain an understanding of your needs as you embark upon your journey of having handmade bespoke clothing tailored to your unique specifications. Christopher often becomes a name you want to share with your friends, family and colleagues – unless you’re the selfish type who wants to look sharper than the rest of your network.

Any cookies that may not be particularly necessary for the website to function and is used specifically to collect user personal data via analytics, ads, other embedded contents are termed as non-necessary cookies. It is mandatory to procure user consent prior to running these cookies on your website.